The Paso Fino Owners and Breeders Association, PFOBA for short, was formed in 1972 to further develop and showcase the breed. This was the original name of the PFHA. As the PFOBA national organization flourished and grew, participation and shows with the APF diminished. The only active region of the APF and IPFS in the late 70 was Florida. Florida region was always known for the quality of its Paso Finos and many of its members actively competed in shows sanctioned by the PFOBA. With its star in decline, the last National show sanctioned by APF & IPFS was given by the Florida Paso Fino Association in 1979. At that time, the members of Florida decided that joining the PFOBA was the ticket, and it became a regional group within our current National association. In 1980, Florida’s corporate name was officially changed to Florida Paso Fino Owners and Breeders Association, Inc., and we became the fourth PFOBA recognized regional group in the state of Florida. We immediately became the largest regional group in the entire PFOBA, with our active membership holding more shows than any other region. Our name changed officially again in 1995, to reflect the name change undertaken by our National organization. We are now officially known as Florida Paso Fino Horse Association, Inc. or just Florida for short. Florida region has been home to many famous and visionary leaders and owes its current success to the selfless work and dedication of those Directors and members.

In 1986, under the leadership of Dee Torcise of Tijodee Farm and Mr. Angel Usategui, the tradition of the annual Spectrum show was begun. The idea was to demonstrate that a Paso Fino competition could showcase our horses in Grand Style and Class with a capital “C”. Until the arrival of the Spectrum, regional Paso Fino shows were unsophisticated, undecorated affairs, just horses and watchers without even music to liven up the event. It was at that original Spectrum that we had our first taste of the then undefeated fino phenomenon, Capuchino, dancing with flamenco dancers and a guitarist on a fino strip, while being constantly showered with rose petals. The same was done with the incomparable black Bella Forma legend Marichalo Royal, who danced Flamenco with the pretty girls, while on two lines. We had fancy decorations, parties, music, and FUN! Most importantly, the Spectrum show drew exhibitors from as far away as Texas, and showcased the most brilliant performers of the day. The quality tradition established in that first Spectrum show has been maintained, through different Boards of Directors, under different leadership, and through different and sometimes trying times. Today, the Spectrum International Paso Fino Show has worldwide renown for the quality of its competition, drawing only the best from all the Paso Fino Countries, always in great numbers. It is internationally recognized that Spectrum is a mini-Nationals, where the best animals are debuted and quality in exhibition and showmanship abounds. Now annually held in the Florida Region’s home town of Miami, Spectrum International is THE equestrian event in the Magic City, Paso Fino capital in the US. From all over the world, crowds of tens of thousands come annually to experience this unique affair which highlights international-style Paso Fino competition in the US.

Our experience with the Spectrum show led to the Florida Region being chosen as the sponsor of the 1999 CONFEPASO Mundial exhibition. With great success and style, we showcased the Paso Fino internationally and had the first ever cable television coverage of a Paso Fino Competition in the USA. In 2012, Florida was honored to host the CONFEPASO Equitation Mundial for Paso Fino Youth riders. Over 320 riders from all over the Paso world, ages 4-24, converged on Miami and participated in the most successful and colorful Youth Mundial to date. The Opening Ceremony was an Olympic style event with teams parading with their flags and later dancing the night away with family and friends. In 2013, over 450 of the world’s top Paso horses participated in the CONFEPASO Mundial in Miami, again hosted by Florida. Four days of thrilling competition and unabated fun made this the most memorable Mundial yet. The older Stallion competition featured Tormento de La Virginia and Joyero III and the standing room only crowds witnessed an unforgettable duel of titans with both previous world champions showing their winning qualities. All of Florida’s Mundial competitions created treasured memories for tens of thousands in the stands and on live world-wide web cast.

Today, Florida members enjoy a diverse, multi-ethnic, multi-cultural, congregation of true Paso Fino lovers. Our trainers enjoy camaraderie and at the same time provide outstanding competition. Our legions of Amateur Owners compete aggressively in every show division. Our Youth riders compete regularly, in large numbers at our shows and shows throughout our country. Many successfully represent our country in the international CONFEPASO Youth Mundial competitions. Our membership includes many of this country’s top breeding farms and we are home to a large number of the top breeding stallions. Our members love to show their horses and we try to provide as many opportunities for that as possible, sponsoring many show weekends a year. We get together to party and enjoy our horses regularly. Cabalgata/Trail Rides are also a must for our membership’s devoted horse lovers. Most of our regional meetings and get togethers offer food and horses, salsa and fino, all in a true spirit of friendship and Paso Fino brotherhood. 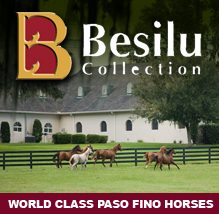